Scheduled for November publication from Cambridge UP: 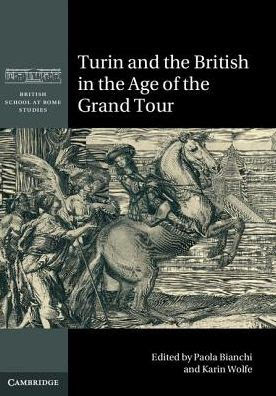 The Duchy of Savoy first claimed royal status in the seventeenth century, but only in 1713 was Victor Amadeus II, Duke of Savoy (1666–1732), crowned King of Sicily. The events of the Peace of Utrecht (1713) sanctioned the decades-long project, the Duchy had pursued through the convoluted maze of political relationships between foreign powers. Of these, the British Kingdom was one of their most assiduous advocates, because of complimentary dynastic, political, cultural and commercial interests.

A notable stream of British diplomats and visitors to the Sabaudian capital engaged in an extraordinary and reciprocal exchange with the Turinese during this fertile period. The flow of travellers, a number of whom were British emissaries and envoys posted to the court, coincided, in part, with the itineraries of the international Grand Tour which transformed the capital into a gateway to Italy, resulting in a conflagration of cultural cosmopolitanism in early modern Europe.

Karin Wolfe is a Research Fellow at the British School at Rome. Her research focuses on topics in seventeenth- and eighteenth-century Italian history, including art, architecture, patronage, and collecting, as well as the history of cardinals and the Grand Tour. Her publications include Roma Britannica: Art Patronage and Cultural Exchange in Eighteenth-Century Rome (edited with D. R. Marshall and S. Russell, 2011). She is presently completing a monograph on Francesco Trevisani, Francesco Trevisani (1656–1746): A Universal Painter, Catalogue Raisonné.

Part II | Turin: Gateway to Grand Tour Society
5  The British at the Turin Royal Academy: Cosmopolitanism and Religious Pragmatism, Paola Bianchi
6  Thomas Coke in Turin and the Turin Royal Academy, Andrew Moore
7  ‘Never a More Favorable Reception than in the Present Juncture’: British Residents and Travellers in and about Turin, 1747–48, Edoardo Piccoli
8  The British and Freemasonry in Eighteenth-Century Turin, Andrea Merlotti

Part III | Torino Britannica: Diplomacy and Cultural Brokerage
9  John Molesworth: British Envoy and Cultural Intermediary in Turin, Karin Wolfe
10  Silver from London and Turin: Diplomacy by Display and George Hervey, Earl of Bristol, Envoy Extraordinary to the Court of Savoy, 1755–58, James Rothwell
11  The ‘Savoyard’: The painter Domenico Duprà and His British Sitters, Jonathan Yarker
12  The Culture of Confession: The Sardinian Chapel in London in the Eighteenth Century, Paola Cozzo

Part V | Britain and Turin: Chinoiserie as an International Aesthetic
16  Chinoiserie in Piedmont: An International Language of Diplomacy and Modernity, Christopher M. S. Johns
17  ‘Alla China’: The Reception of International Decorative Models in Piedmont, Cristina Mossetti
18  The British Garden in Piedmont in the Late Eighteenth Century: Variations on the Picturesque, the Anglo-Chinese, and the Landscape Garden, Paolo Cornaglia

Part VI | Turin in Britain: Cultural Exchange in Grand Tour Europe
19  A Plurality of Pluras: The Plura Family of Sculptors between Turin and Britain, Alastair Laing
20  ‘A Memorable Era in the Instrumental Music of This Kingdom’: Piedmontese Musicians in London in the Latter Half of the Eighteenth Century, Annarita Colturato
21  The British Baretti: Didactics and Criticism, Cristina Bracchi
22  Vittorio Alfieri and the ‘English Republic’: Reflections on an Elective Affinity, Francesca Fedi

News and Writing on Art and Art History | June 8th